My life is becomming more interesting the more I say yes. It is surprising who you meet or what you might do when you open yourself up to new experiences. 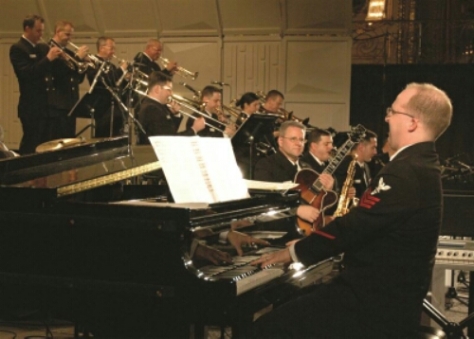 For example, tonight I was asked on a date with someone who turned out to be a concert pianist for the Navy (yup that is him in concert above) We went to my favorite steakhouse and talked for hours about a full range of topics. When we initially met I had no idea this was his field, just that music was his passion .  It was cool because I also play piano. Initially we bonded for the fact that we both did the camino de santiago and share Spanish as a second language since he is half Spanish and half Argentine.  We also held a lot of interesting views on life. I literally spent hours just talking,  eating and drinking wine together.  Then we crashed a gala…my idea 🙂 Fun!

My point is that you never know how something will turn out so it is best to be open. This is the idea of the “Power of Yes”. It is all about acceptance and knowing you’re going to be ok. In fact, the more you can open yourself up, the more you discover about who you are.

For example, having to come to terms that my ex is never coming back and I will never know why he left,  I have gone on a lot of dates since the breakup. I have reached out to friends and made into the city for festivals. I’ve renovated things in my house.  I’m going for a girly pedicure day tomorrow with another friend. Yes. Yes. Yes.

You have to take care of yourself in general, but especially after someone you love emotionally kicks your ass. Staying in is great and very therapeutic, but at some point you have to see people again not just the bottom of a pint of ben & jerry’s (not that I’ve ever done that). Getting to yes from within is tough. Sometimes you have to say it and trust thst the motivation or genuine interest will come later.

So here I am on to the next phase. It’s kind of like saying, yup he left, but now i know more about myself and I realize it is definitely his loss because I’m awesome and everybody gets to enjoy the best of me but him.

The most important person you can say YES to is yourself. Because YES = Acceptance = Love.

One of the most interesting discoveries I’ve made in life is that the people who love you stay in your life or always find their way back if they were meant to be there. So just keep on living and don’t worry, the ones who love you find a way to get to you. Nothing will stand in their way. The ones who don’t, never did in the first place.

You don’t have to make excuses for people. They are exactly where they’ve chosen to be. Otherwise,  they’d be somewhere else.

Follow Inside Out: Travel the World, Find Your Way Back on WordPress.com